Funeral Services will be held at 1:30 p.m. Friday, May 20, 2016 at Decorah Lutheran Church Rev. Charis Combs-Lay and Rev. David Sorenson officiating. Interment will be in Lutheran Cemetery in Decorah, with Full Military Honors.

Visitation will be from 4:00-7:00 p.m. Thursday, May 19 at Fjelstul Funeral Home in Decorah and on Friday, beginning at 12:30 p.m., one hour before the service, at Decorah Lutheran Church.

Lawrence Larry Hubert Seim was born June 8, 1929 in Decorah, Iowa, the youngest son of Lawrence Helge and Florence (Nelson) Seim. He was baptized and confirmed at Decorah Lutheran Church. Larry graduated from Decorah High School with the class of 1948. He received his Bachelors of Arts Degree from Luther College and earned his Masters Degree from the University of Northern Iowa. While at Luther, he met and started dating Arlyne Forbes of Prairie du Chien, WI.

Larry was united in marriage to Arlyne on July 2, 1952 at St. Peter Evangelical Lutheran Church in Prairie du Chien, WI. They were blessed with two sons, Jeff and Scott.

Larry served in the U.S. Army for two years, first at Fort Riley, where Larry and Arlyne lived in Manhattan, Kansas, and then at Fort Sheridan, where they lived in North Chicago, IL. Larry worked in the Finance Office of the Armed Forces because he was one of the few men with a college degree. After his service, they lived in Osage, IA for a year where Larry was a teacher at Orchard High School, before moving back to Decorah. Larry worked as a Junior High and High School Guidance Counselor for the Decorah Community School District for 35 years, retiring in June 1991. He received the Award of Merit for his years of service to the school district.

He was a member of Decorah Lutheran Church, Coin Club and the Elks Club. Larry enjoyed his many friends and acknowledging all of their birthdays.

He was preceded in death by his parents; and by his eight siblings: Lucille Ramus, Helen Finholt, Ruth Aakre, Frances Headington, Lester, James, Robert, and Charles Seim.

Larry is survived by his wife Arlyne; and his two sons, Jeff (Holly) of Highlands Ranch, CO and Scott of Rochester, MN.

The family requests memorials be given to the Decorah High School Track Renovation Project in the name of Larry Seim. Donations can be made out to Decorah Viking Athletic Booster Club, P.O. Box 293, Decorah, IA 52101. 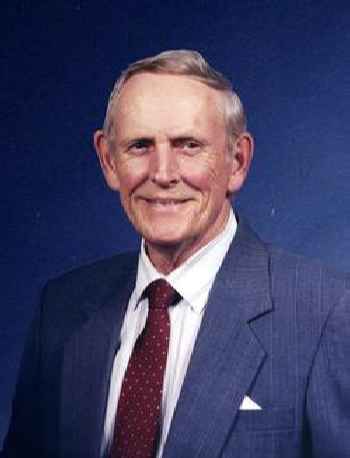