Mass of Christian Burial will be held at 10:30 a.m., Thursday, October 8, 2015, at St. Benedict Catholic Church, 307 West Main Street, Decorah, IA, with Rev. Phillip Gibbs presiding. Burial will be in the church cemetery.

Memorials may be given in memory of Bob to the Winneshiek County Healthcare and Hospice, 907 Montgomery Street, Decorah, IA 52101.

On March 20, 1928, Robert Joseph Jewell entered this world with the gift to make people laugh. Bob was born on a farm near Bluffton, IA, to Clarence and Marie (Werhan) Jewell. He was baptized at St. Bridgets Catholic Church in Bluffton. Soon after his birth, his family moved to Decorah and started the family farm tradition as it continues today. He attended Decorah Community Schools and graduated in 1946. While in high school, Bob excelled in many sports, especially football. He was also an accomplished saxophone player. Playing music with his mom and siblings was a favorite family tradition. Even though he arrived late for their first date, Rosie Courtney married Bob on June 7, 1958, at St. Benedict Catholic Church in Decorah. Bob and Rosie were blessed with four children. They enjoyed watching and supporting their children and grandchildren in all their activities and sporting events. In addition to farming, Bob operated Decorah Feed Store where he sold Madison Silos, Crows Seed Corn, Badger farm equipment and Doboy Feeds; through this he gained many customers who he considered friends for life. Bob and Rosie enjoyed the many trips around the world that he earned through his sales business. Bob was a member of St. Benedict Catholic Church and the Knights of Columbus. Bob was always a joker and loved to make people laugh, even in his older years. He was at his best surrounded by family and friends with either a deck of cards or a fishing pole in his hand.

Bob was preceded in death by his parents: Clarence and Marie (Werhan) Jewell. One daughter: Renee Jewell in 1981. One sister: Sister Rosemary Jewell, RSM, in 1991. One brother: Clarence Jewell, Jr. in 2007. His father-in-law: Luke and Agnes (Kelly) Courtney. One brother-in-law and sister-in-law: Lawrence and Ruth Courtney. 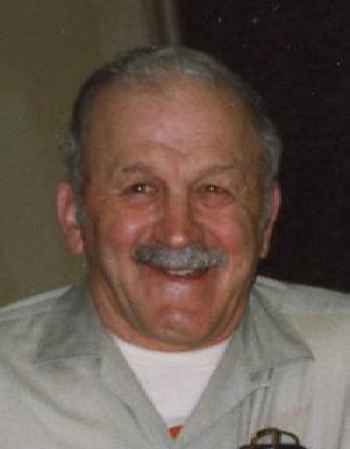