Funeral Services will be held at 2:00 P.M. Saturday, December 27, 2008 at First Lutheran Church in Decorah by Rev. Marion Pruitt-Jefferson with burial in Lutheran Cemetery in Decorah.

Visitation is after 1:00 P.M. Saturday at the church, one hour before services. Fjelstul Funeral Home in Decorah is in charge of arrangements.

Arla Bernice (Schager) Sersland was born September 30, 1917, in Le Roy, Minnesota, the daughter of Ole and Agusta (Sorum) Schager. She was baptized and confirmed at East Evangelical Synod Lutheran Church near Waterville, Iowa. She graduated from Waterville High School with the class of 1936 and from the University of Iowa School of Nursing with the class of 1939.

She was united in marriage to Benhart Sersland on March 9, 1941 at Washington Prairie Lutheran Church in rural Decorah, Iowa. This union was blessed a daughter, Karen.

Arla served as a registered nurse for several years at Smith Memorial Hospital in Decorah. She was a member of First Lutheran Church. In August of 2003, Arla moved into Arlin Falck Assisted Living. On October 1, 2008, Arla moved into the Barthell Eastern Star Nursing Home.

Arla was an avid gardener. She liked to read and enjoyed playing cards. She had a special cat. Arla enjoyed traveling, including a trip to Norway. She was preceded in death by her husband, Ben on June 14, 1967, and her parents. 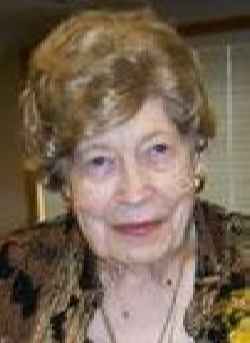