Funeral services will be held at 11:00 a.m., Monday, January 19, 2009, at the Decorah Lutheran Church with Rev. Tom Pietz and Rev. Allen Vik officiating. Inurnment will be held in the spring at the Lutheran Cemetery, Decorah, IA.

Michael Raymond Schroeder was born on May 19, 1983, the son of Mark and Pam (Haugen) Schroeder in Decorah, Iowa. Michael attended school at Fayette, Turkey Valley and graduated from Waterloo East High School in 2003. Michael was with Comprehensive Systems in Waterloo, until 2005, when he moved back to Decorah. He worked with Opportunity Homes and Spectrum from October 2005 to Nov. 2007. He was at LaCrosse Lutheran until January 2008 and has been a resident at Grandview Nursing and Rehab Center in Oelwein since then. Michael loved his CDs, DVDs, videos and playing cards. He enjoyed the music of George Jones, Elvis and Johnny Cash and liked to watch Johnny Carson and Jay Leno. Michael was a very social person and enjoyed all people. Michael was a member of the Decorah Lutheran Church. 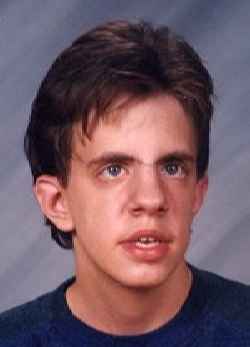