Funeral Services will be held at 11:00 A.M. Tuesday, April 11, 2006 at First Lutheran Church in Decorah by Rev. Steven Jacobsen with burial in Lutheran Cemetery in Decorah.

Thelma Beatrice (Finholt) Keefe was born on February 20, 1914 in Canoe Ridge Township north of Decorah, IA, the fourth child of Oscar and Julia (Faldet) Finholt. She was baptized on March 3, 1914 and confirmed on April 22, 1928 at Canoe Ridge Lutheran Church, rural Decorah. Thelma grew up in the Canoe Ridge area and graduated from Decorah High School with the class of 1932.

After graduation Thelma worked at The Sweet Shop with her cousin, Pearl Larson. She was united in marriage with Lester Keefe on June 21, 1936. To this union 3 children were born: Don, Mary and Michael.

Thelma has lived in Decorah all of her life, except for a short time when they lived in St Paul, MN. Thelma and Lester joined First Lutheran Church in Decorah on January 1, 1946. After Lesters death in August of 1965, Thelma became a single parent who worked at various jobs to support her family. These jobs often included working with friends and family members. She served as secretary at First Lutheran Church for fourteen years. Her last employment was with Vesterheim Norwegian American Museum where she worked until her retirement at age 80.

Thelma enjoyed dancing and playing cards. Time spent with her brothers and sisters and their families was always important to her. He was a fan of the Iowa Hawkeye teams and especially enjoyed a trip to Carver Hawkeye Arena to see the mens team play. Attending events and following the lives of her grandchildren and great-grandchildren pleased her greatly.

Thelma was preceded in death by her parents; her husband, Lester in August of 1965; 2 brothers, Orlando Finholt and Chester Finholt; and 1 sister, Cora Volding. 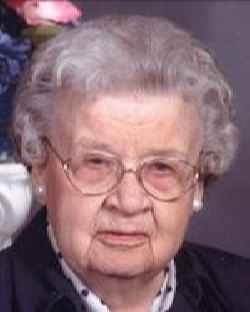