Mass of Christian Burial will be held at 11:00 a.m. on Saturday, January 27, 2007, at St. Benedict's Catholic Church in Decorah, Iowa, with Rev. Gary Krapfl officiating. Burial will be in the church cemetery.

Caroline Julia (Funke) Cook Hunter was born on December 27, 1911, the daughter of Hubert and Katherine (Roth) Funke in Parkston, South Dakota. Caroline moved with her family to Burr Oak, Iowa at a young age, and she then attended St. Benedict's Catholic School. Caroline married Frank Cook on May 28, 1934, near Castalia, Iowa. She worked at Decorah Produce, an egg processing plant for fifteen years. After Frank died on November 10, 1955, She then started working at the Maid-rite, a sandwich shop in Decorah for three years. While she was working at the Maid-rite she met Lyle Hunter and they later married on August 8, 1956. Caroline enjoyed and loved her own grandchildren and all other children, taking care of over 157 children over the years. She also was a superb and generous cook and baker, making enough food "to feed an Army". Caroline enjoyed playing cards, crocheting, knitting, sewing and doing embroidery. While living in Calmar, Caroline enjoyed her friends and neighbors, especially Laura Numedahl, who was a special friend. Caroline was a member of St. Benedict's Catholic Church. 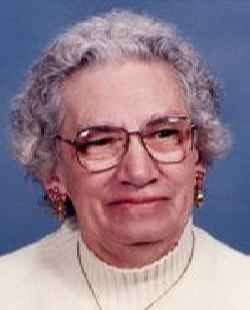