Funeral services will be held at 2:00 p.m. on Tuesday, March 3, 2009, at the Washington Prairie Lutheran Church with Pastor Helen Beth Kuhens officiating. Burial will be in the spring at the Lutheran Cemetery, Decorah, Iowa.

Friends may call from 4:00-6:00 p.m. on Monday at the Schluter  Balik Funeral Home in Decorah and after 1:00 p.m. at the church on Tuesday afternoon.

Henry Lyle Fretheim was born on June 10, 1931, the son of Joel K. and Emma T. (Monson) Fretheim on the family farm near Ridgeway, Iowa. Lyle was baptized and confirmed at the Madison Lutheran Church. He attended Madison #4 country school and Decorah High School. Lyle married Phyllis Jean Bailey on December 3, 1950, at the First Lutheran Church in Decorah, and to this union, three children were born: Mary Lynn, Susan Jean and David Lyle. They farmed in Madison Township for a short time before moving to the present farm in Glenwood Township, where Lyle farmed and lived the remainder of his life. Lyle enjoyed farming, fixing and repairing, boating, and camping. He especially enjoyed his dogs and horses, and going on trail rides. Lyle was a member of the Washington Prairie Lutheran Church. 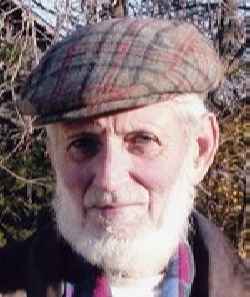