Dennis was born in Mason City, Iowa, on January 21, 1947. As a child, he lived in Joice, Iowa, but graduated from Lake Mills Community Schools in 1965. After attending North Iowa Area College (NIACC), he enlisted in the Army for two years as a finance administrator. Following his years in the service, Dennis was employed as a small-town mechanic for his stepfather, Orvan Timm. In addition, for a short time, he worked for Forester Trailers in Forest City, Iowa, before accepting a position as a security guard at Fleetguard Industries in Lake Mills. That job, he, thoroughly, enjoyed. Indeed, he held that job until he retired. In his younger years, he enjoyed bowling, hunting, and trapshooting with his friends.

For the last several years, Dennis loved helping his neighbors at the Franklin Apartments in Lake Mills by shoveling snow from the sidewalks early in the morning, scraping frost from vehicle windows, holding spare keys in case someone found himself locked out of his apartment, and assisting management in any way possible. His neighbors shared kind words of love and appreciation following Dennis passing and said that they would all, greatly, miss him. Dennis found one of his greatest enjoyments in life with his two cats, Tinker and Kiki  He, always, made sure to clarify that saying, The cats makes the rules, not me.

Very passionate about his Lord, Jesus Christ, Dennis wanted from the depth of his heart that everyone come to know and love Jesus as a personal savior. Indeed, he spent many hours praying for his friends and family. Dennis told his sister, Donna, that if I go first, be happy for me as I will be leaping and jumping (with no knee pain) in heaven praising my King!

He was preceded in death by his mother, Maxine Timm; his father, Clarence Blakesley; his stepfather, Orvan Timm; and his nephew, Todd Timm. He is survived by his brother, Donald Timm, and his wife, Sylvia, of Holmen, Minnesota; and his sisters, Donna Fjelstad, and her husband, David, of Lake Mills, Iowa, and Dixie Montano, and her husband, Tom, of Oregon City, Oregon; as well as by many nieces and nephews. Undoubtedly, He will be greatly missed!

Dennis family will be holding a private celebration of his life. In lieu of flowers, cards, or gifts, Dennis wanted to encourage individuals to show extra love and kindness in his memory. 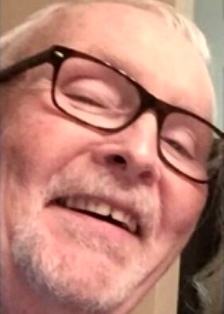