He was born Nov. 21, 1901, near Unionville, Mo., to Simon and Hulda Williams Summers. He married Bernice A. Stull on April 13, 1924, at her parent's home near Omaha. They farmed near Vernon Center for five years, then moved to Ottumwa, where he was a member and deacon at Albia Road Southern Baptist Church. He was a stock office employee at John Morrell for 38 years, retiring in 1966.

He is survived by his wife; two daughters, Donna Klodt of Milton and Bonnie Whitman of Challis, Idaho; a son, Jay of Ottumwa; 14 grandchildren; and 10 great-grandchildren.

He was preceded in death by a son, Edward.

The service will be at 11 a.m. Friday at Chapel of the Cross, Shrine of Memories Funeral Home, the Rev. Barry B. Stewart of Albia Road Southern Baptist Church officiating. Burial will be in Memorial Lawn Cemetery.

Visitation will be until 9 p.m. Thursday at Shrine of Memories.

A memorial has been established to Albia Road Southern Baptist Church. 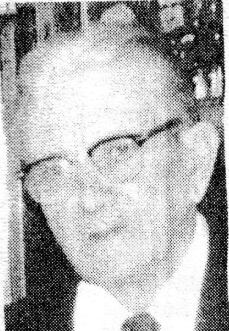