The 12 Sioux county farms designated Century Farms in 1987 include:

Daryle and Carol Brink, Opal Weaver and William and Imo Mulder. The Mulders farm the place near Maurice. The farm has been in the Brink family since 1875. 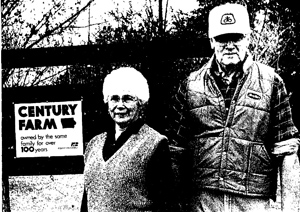