From the Sioux County Capital, October 20, 1988, p. 8: Photo of family on front porch, accompanied by this caption:

The Rowenhorst family has 80 acres that have been named a Century Farm. Four generations got together for this picture. The land was bought on April 17, 1885 by Otto Rowenhorst. His son Hein took over the land, followed by his son Henry. Henrys son Merlyn and his wife Marie moved on the farm around 1948. Merlyns son Leon and his family moved on the farm last fall. Leon holds daughter Lori. Merlyn stands behind granddaughters Kristi and Angie. Leons wife Judy stands behind son Todd. Marie, Merlyns wife, stands next to great-grandfather Henry. 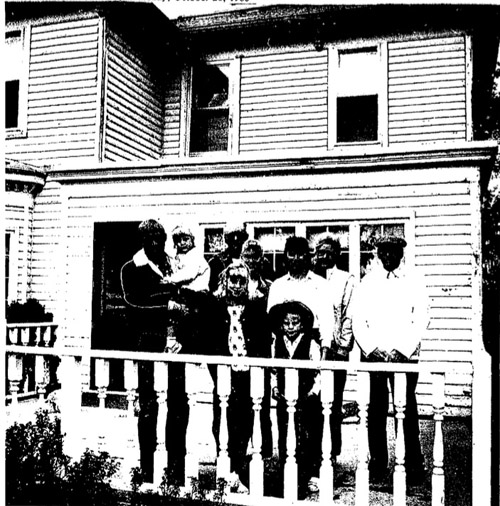