The Willem Willemsen family came to America in 1888 from Zutphen, Gelderland, Netherlands. They arrived in the train depot at Alton IA with their possessions and spent the first few years farming near Alton IA. About 1990 they settled one mile south of Middleburg, IA or about 5 miles east of Sioux Center in Capel Township section 32. Willem and Berendina Willemsen lived there the rest of their lives.
Their family are listed in the caption of the family picture of about 1898 that was in the Sioux Center Centennial book of 1991. They are as follows:

The author of this family outline had done a family history book on ancestors and descendants of this couple and the book is still available. Contact Wilma J. Vande Berg query@mtcnet.net 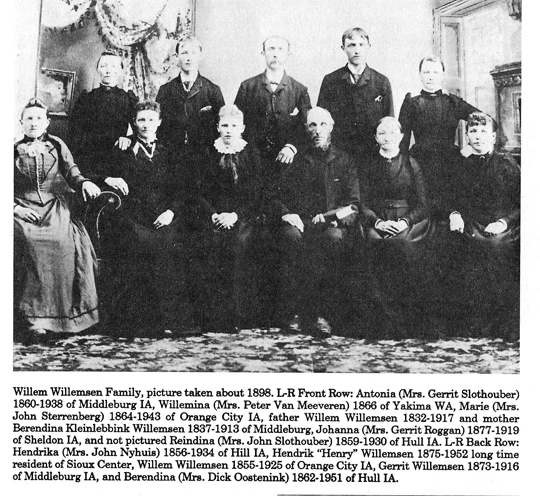