In 1911, H. W. Hyink, photographer, sold his studio in Alton, Ia., and moved to Ireton with his wife and two small daughters. He purchased a general store on the west side of Main Street. The following year, the store was moved across the street to a new building which also housed a hardware store. At this time, Earl Wells became a partner in the general store. There three general stores in Ireton.

Henry W. Hyink became a member of the school board and the Masons. Mrs. Hyink joined the Eastern Star and the Womens Relief Corps. 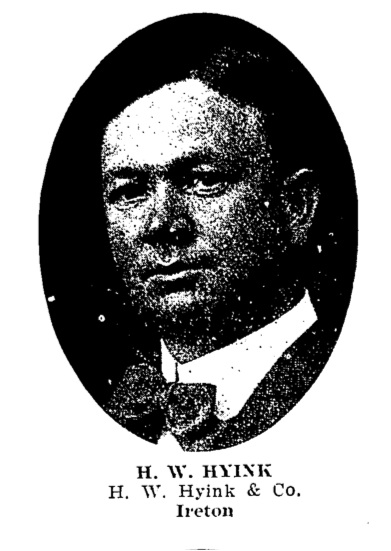