Approximately in the early 1870's the Hendrik Addink family came from Holland to America and made their home in Chicago, Illinois for about eight years. In Chicago, Hendrik was employed in a packing house. Later the family came to Alton, Iowa and finally to Sioux Center where they homesteaded. They were living in the Sioux Center area in April of 1881 because their son Harmen (Herman) is recorded being baptized at the First Reformed Church where the family are members. 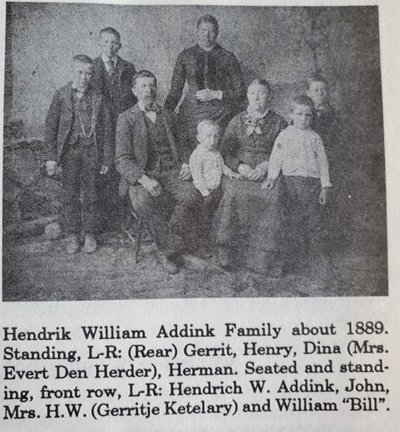