The Creveling family was honored with the fourth generation to serve our country when Robert Eugene Hepner (center) of rural Ellston enlisted during ceremonies at Camp Dodge in Des Moines on June 21. Robert was accompanied by his aunt Brandy Walker (right) and grandfather Robert Creveling (left), also of Ellston.

The proud grandpa Bob also serves on the Ringgold County Veterans Commission and as the adjutant for the Ellston American Legion Post. 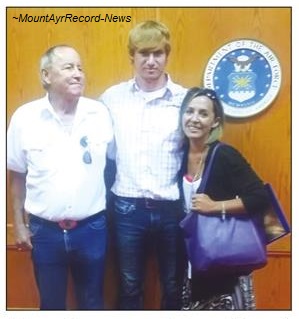