Services will be 10:30 a.m. Monday at St. Peters United Church of Christ in Mapleton. Pastors Linda Boggs and Harvey Hanson will officiate. Committal services will follow in Center Cemetery at Castana, Iowa. Visitation will be 5 to 7 p.m. today at Armstrong-Van Houten Funeral Home of Mapleton.

Due to the Covid-19 pandemic, the family requests that masks be worn and social distancing rules will apply.

David Lyle Rose, the son of Lyle and DiAnn (Perrin) Rose, was born on March 12, 1956, in Onawa, Iowa. He grew up in the Mapleton area and graduated from Maple Valley High School with the class of 1974.

While growing up, David had a love for horses which led to his participation in the Little Britches Rodeo and the Monona County Saddle Club. He could be found helping his father farm or working at the Mapleton Processing Plant while in his teens.

He still remained passionate about his love for the land and continued to farm throughout his lifetime. In his later years, David worked as a real estate agent for Valley Realty.

David was an active member of the community. He served on the Maple Valley School Board for eight years, was an honorary FFA member, and was a member of St. Peters United Church of Christ where he served on the church board.

David had a love for any and all kinds of chocolate. He was fondly referred to as a chocoholic by his family as he had his own special candy drawer.

Family came first and foremost for David. He cherished time spent with his children whether it was riding horses or attending their events. The grandchildren loved his special side-by-side and tractor rides. As David would often say its hard telling not knowing how much his family and friends will miss him.

Those left to embrace their loving memories of David include his wife of 45 years, Rita Rose of Mapleton; his son, Bradley (Megan) Rose of Polk City, Iowa; his daughter, Heather (David) Johansen of Martensdale, Iowa; six grandchildren, Harlee, Hudson and Hayden Rose, Morgan, Skylar and Brodie Johansen; his mother, DiAnn Rose of Mapleton; three sisters, Debbie (Michael) Jensen of Castana, Iowa, Marsha (Craig) Hartman of Sloan, Iowa, and Brenda (Steve) Howland of Mapleton; along with many other extended family members and close friends.

He was preceded in death by his father, Lyle Rose; father and mother-in-law, Darrell and Florence (Miller) OConnor; grandparents, Ned and Evelyn Perrin, Lee and Beulah Irwin and Roscoe Rose; brothers-in-law, Dean Venteicher and Perry OConnor; and nephew, Lucas Jensen. 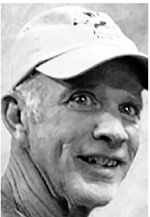