On February 26 Willis MULLIKIN of Fairfield, IA had a change in address, from an earthly one to a heavenly one. Visitation services will be held on Sunday, March 3rd from 3 to 5 at Behner Funeral Home. Memorial service will be Monday, March 4th at 10:30 am at Fairfield Friends Church.

Willis was born Willis Roy MULLIKIN on February 8, 1937 in Brighton, IA, to Roy and Gladys (HANKS) MULLIKIN. Willis was the second of three children and their only son. He graduated from Pleasant Plain High School in the spring of 1955. During his junior and senior year, he was employed by his school district to drive a school bus. Willis was united in marriage to Marjory CRAWFORD in Pleasant Plain, IA on May 26, 1957. He joined the Iowa Army National Guard in 1954, after his junior year in high school, serving as a Guardsman for 6 years. Willis began working at the Iowa Malleable Iron Company soon after high school and worked there for the next 38 years until it closed in 1993. While working at the plant, Willis supplemented his income by working as a carpenter after hours. When the Malleable closed, he made this his full-time profession. He passed along this interest to his sons.

As a child, he and his two sisters were known to sing in church together, something he kept from his children until they were a little older. His children share his love of music and began singing together in church at a young age. This was a source of great enjoyment for him and a certain amount of pride. He was an avid fisherman and relished the opportunity to take friends and family river fishing in his boat. If the fish weren't biting, he was content to boast, "I got to drive the boat". Willis also loved bowling, participating in the local bowling league for over 30 years.

He was friendly, but preferred small social settings. Willis loved to laugh and greatly enjoyed working with his hands. This included using his John Deere lawnmower with its cozy cab to clear his neighbors' sidewalks after a snow. He shunned the limelight but loved to support his family, first his own children and then his grandchildren in their sporting and musical endeavors. After his retirement, he would spent several weeks a year visiting family from Oregon to Texas.

Willis was preceded in death by his parents, his sisters and their husbands, Joan (Dave) CARL and Shirley (Henry) FRIESEN, and his two grandchildren, Brian and Jessica KELLER.

On-line condolences may be made to behnerfh.com. 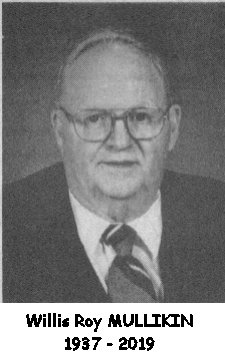