Inurnment will take place at the Durant Cemetery at a later date (note: in Cedar Co., IA).

WEIH was born May 9, 1936 to Ralph and Elvera (MEYER) WEIH in Davenport. Suz graduated from Bennett High School in 1954. He proudly served his country in the United States Army. He married Mary E. MISSEL on August 13, 1960 in Toronto, Iowa.

WEIH made a career of selling feed for Walnut Grove and Cargill and placing livestock with many customers and friends. Currently he was a driver for Bennett Community School.

WEIH was a member of the 3/30 Golf and Country Club, the Lowden Development Board and the Inland Senior Housing Board. He was an avid Hawkeye and Cubs fan and enjoyed watching his children and grandchildren at their sporting events. He loved playing cards, golfing and spending time being with his family and friends.

He was preceded in death by his parents, his sister Eileen STENDER and his granddaughter Emily BOHNSACK.

Memorial donations may be made to Bennett Fire Department Building Fund in his memory.

Online remembrances and condolences may be left at www.bentleyfuneralhome.com. 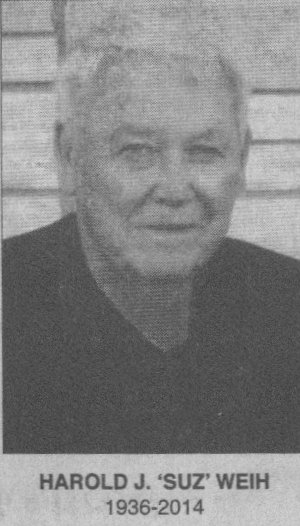