A memorial service is at 10 a.m. Saturday at Behner Funeral Home with the Rev. Jerry Caughron officiating. Burial of cremains will be at Hillsboro Cemetery in Hillsboro (note: in Henry Co., IA).

Visitation for family and friends is 6-8 p.m. Friday at the funeral home.

Mr. BARNETT was born June 19, 1930, in Hillsboro, the son of Ray and Linnet SLUTTS BARNETT. He was married to Lucile STANDLEY for 32 years before she died. He married Jacqueline "Jackie" A. MARTIN Feb. 13, 1982, in Fairfield.

He lived in the community most of his life.

He worked as a shipper and oven tender at Iowa Malleable Iron for 42 years.

He belonged to the Jefferson County Saddle Club and helped coach Little League baseball for many years.

He enjoyed horses and fishing.

He loved his two dogs, Molly and Wishbone. 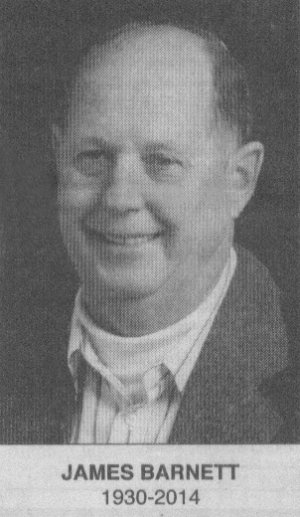