Janet Elaine SPEER, 75, of Elkader, passed away Monday, August 26, 2013, at Mercy Hospital in Cedar Rapids. She was born October 25, 1937, in Fairfield, Iowa, to Theodore and Wilma (MANNING) CASSABAUM.

She retired from Mercy Medical Center in Cedar Rapids.

Janet was preceded in death by her parents; one brother, Richard CASSABAUM and son-in-law, Allen MEYER.

Leonard Funeral Home of Elkader is in charge of arrangements. Online condolences may be left with www.leonardfuneralhomes.com. 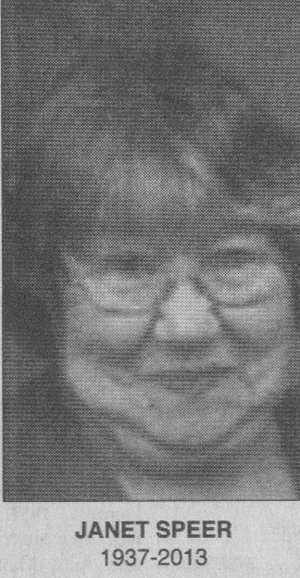