A graveside service is at 10:30 a.m. Saturday at Lockridge Cemetery, with the Rev. Stacy Grau officiating.

Visitation for family and friends is from 7-9 p.m. Friday at Behner Funeral Home.

Memorials may be made to Hospice of Central Iowa. Cards and memorials can be sent to Curt CRANE at 2606 Highland Lane, Mount Pleasant 52641.

Mrs. CRANE was alumni secretary at Iowa Wesleyan College in Mount Pleasant from 1961 to 1973.

She was co-owner of Cranes TV Sales and Service in Mount Pleasant for 12 years, and worked at Sprueill Printing Inc. in Dallas, Texas, for several years. She later worked at Communicorp Inc. in Atlanta, Ga. She also owned and taught classes at The Claybird Ceramic Shop for several years.

She and her husband owned and operated Crane's Service Station in Lockridge until his death in 1984.

She enjoyed traveling, the computer, reading, crossword puzzles, handicrafts, cooking and writing poetry, some of which was published.

She was a member of the Lutheran Church and was former VFW Auxiliary.

She was preceded in death by her husband; her parents; one son, V. Kipp (sic - V. Kipp CRANE); and one grandson. 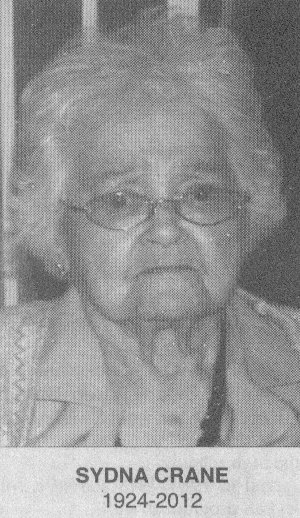