The funeral will be at 10:30 a.m. Tuesday at Suburban Heights Baptist Church in Fairfield, with the Rev. Ed Parker officiating. Burial will be in Memorial Lawn Cemetery.

Visitation for family and friends will be from 9:30-10:30 a.m. Tuesday at Suburban Heights Baptist Church.

Memorials can be made to the American Cancer Society or to Suburban Heights Baptist Church. Cards and memorials can be sent to 1393 Highway 92 Oskaloosa 52577.

Mrs. MATHES graduated from Fairfield High School in 1958. She worked as a legal secretary and was a homemaker. Her hobbies and interests included bowling and spending time with family and friends. She was a member of the Professional Secretary Association.

Mrs. MATHES was preceded in death by her parents; and one sister, Patty Jo LEPPERT. 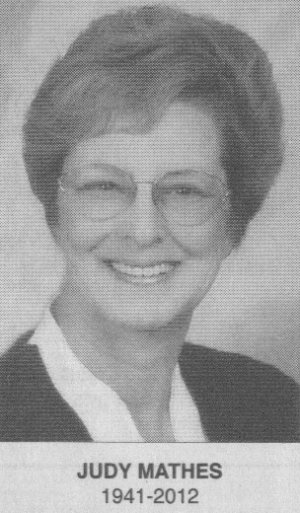