Arrangements are pending at Murphy Funeral Home of Mount Pleasant.

A graveside service will be at 1 p.m. Thursday at Glasgow Cemetery in rural Lockridge, with the Rev. Earl Swigart officiating.

Visitation will begin at 2 p.m. Wednesday at Murphy Funeral Home in Mount Pleasant, where the family will be present from 6-8 p.m.

Memorials may be made to Hospice of Central Iowa or to the family in his memory.

Online condolences may be sent at www.beattymurphyfh.com.

Mr. HEISEL graduated from Mount Pleasant High School in 1958. He farmed and later worked for Rockwell International in Fairfield, retiring in 1997 after 34 years.

Survivors include his wife; one daughter, Cindy BOLTE and husband Paul of Troy, Mo.; one son, Doug HEISEL of Ottumwa; and four grandchildren.

He was preceded in death by his parents and one infant daughter, Sherry Lyn HEISEL. 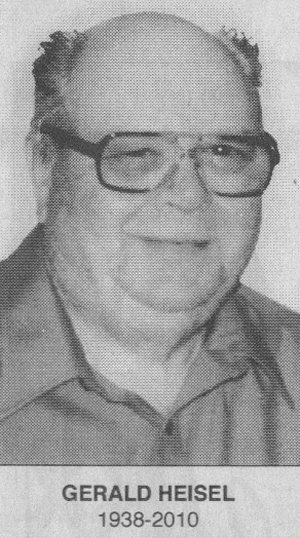