HILL, L. Marie -- L. Marie HILL passed away in McAllen, Texas on Sunday, October 3, 2010. She was born April 9, 1923 in Jackson, Michigan. She attended school in Bloomfield Iowa, and later taught in country schools in Davis County. She married Glen D. HILL in 1943. They lived and worked in the Fairfield area for many years, until their retirement to the Rio Grande area of Texas in 1991. Glen preceded her in death. She is survived by her daughter, Deanna (Mike) COCHRAN and their children. Robert and Michelle as well as two great-grandsons, Robert and Anthony, all of Edinburg, TX. Graveside services will be held 11:00 AM October 11, 2010 at Drakesville Cemetery. 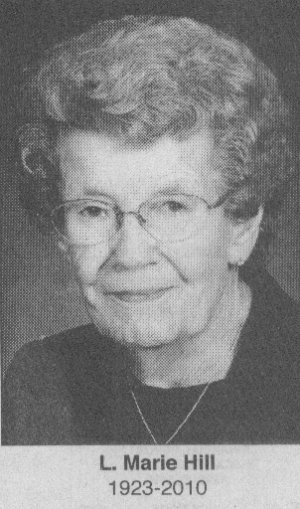