No service is planned.

Ms. LOOMIS was born Aug. 26, 1955, the daughter of Prentis and Ora RAGAR LOOMIS in Keosauqua.

She was a member of the Eagles Club and Veterans of Foreign Wars.

Survivors include one brother, George LOOMIS of Oksaloosa; and two sisters, Patricia CANNY of Ottumwa and Pamela MICHAEL of Batavia.

She was preceded in death by her parents; one sister, Annie HEMM; and one brother, Mike "Pee-Wee" LOOMIS.

A memorial gathering has been planned from 7-10 p.m. Friday at the Veterans of Foreign Wars hall in Fairfield. 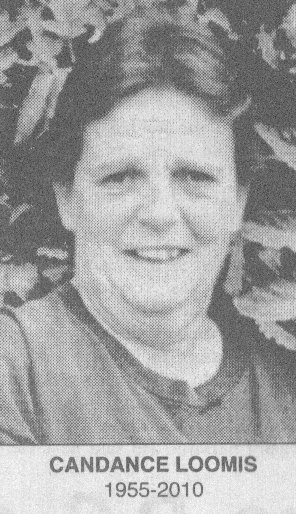