That Friday evening, a formal gathering was held at the Elks Lodge, which included members of additonal classes.

Saturday was spent by some enjoying the annual Kiwanis Kids' Day Parade and festivities, tours of the Carnegie Historical Museumm, and girls' time of chatting and laughter at Ann Shipman's home. That evening, 46 people attended the dinner at the Fairfield Golf & Country Club. 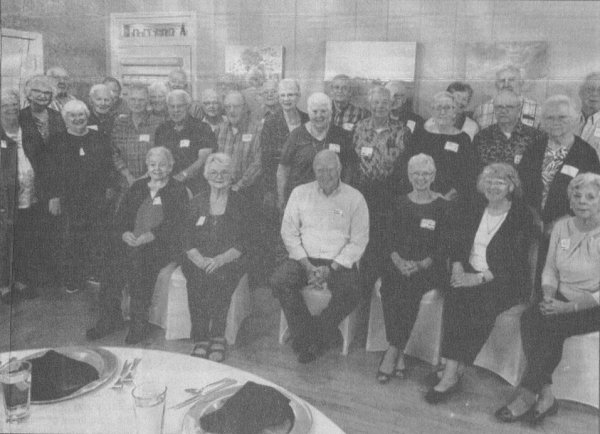