Beverly RENEKER and William BOLEY were married June 8, 1957, at the the Little Brown Church in Nashua.

The couple has two daughters: Debra SMULDERS and husband John of California, Missouri, and Patty ADAM and husband Andy of Richland; five grandchildren; and six great-grandchildren. 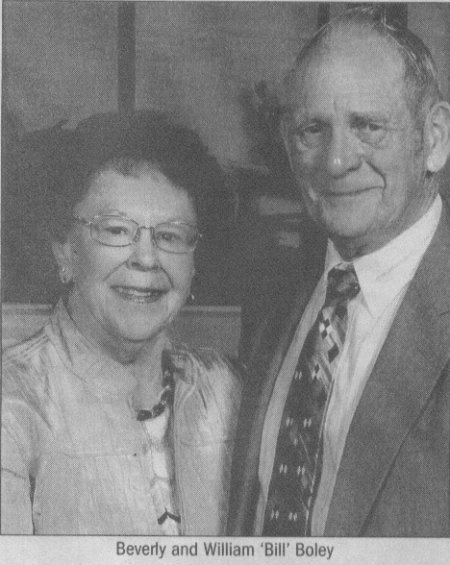