No presents are requested, but, cards are welcome.

Ada Louise KELLER, a lifelong resident of Jefferson County, is the daughter of Ephriem and Mary Louise HICKENBOTTOM HOLLANDER. She was born northeast of Fairfield, and after marrying Dale KELLER in 1940, they settled southeast of Fairfield and started farming. Upon selling the farm in 1970 they settled in Fairfield where Mr. KELLER became an auctioneer and realtor eventually starting Keller Realty and Auction Service where Mrs. KELLER clerked the auctions and aided in the realty. After Mr. KELLER died in 1983, Mrs. KELLER remained in the home on Iowa Avenue until she was no longer able to care for herself. When dementia set in, approximately 10 years ago, she entered Parkview Nursing Home, then was transferred to SunnyBrook Living Care, where she resides today.

Note: The photo below is from the June 9th story. 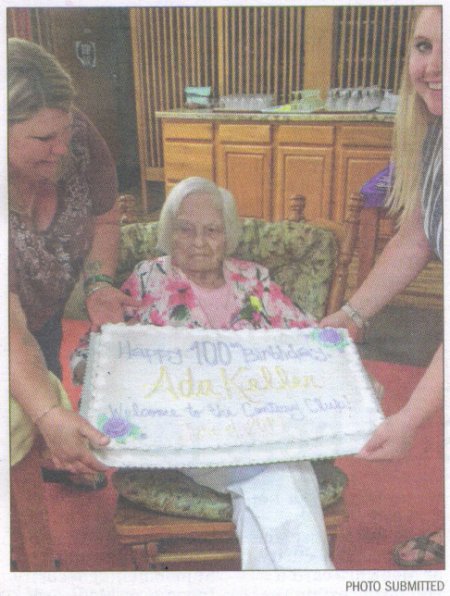