Mary "Margaret" RUSK NEWLON of Fairfield will be celebrating her 102nd birthday Saturday with her family.

Mrs. NEWLON was born March 2, 1911. She is a long-time resident of Fairfield, as was her late husband Willis NEWLON. 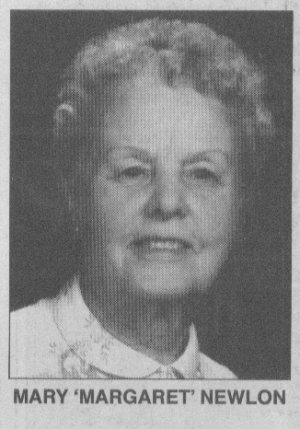