Robert Eugene and Shirley Ann BEST CREEK will be celebrating their 60th wedding anniversary with an open house from 1-4 p.m. Oct. 4, at JEB Park in Batavia.

Robert CREEK and Shirley BEST met and married in the Open Bible Church of Ottumwa. In their early years of marriage, they owned and ran a dairy operation along with farming north of Batavia. They later moved to Batavia where Robert owned and operated Creek Oil Co. with his father. Shirley was the owner and operator of Batavia Drive Inn.

Before retiring, the couple traveled to the continental 48 states as well as Canada and Mexico as part of a truck driving team for Rose Way Inc. of Des Moines.

The couple has two children: Cindy BENNETT and husband Rick of Batavia and Randy CREEK and wife Carletta of Ottumwa. They have six grandchildren and eight great-grandchildren.

All friends and family are invited to the open house. No gifts are requested, but cards would be welcome. 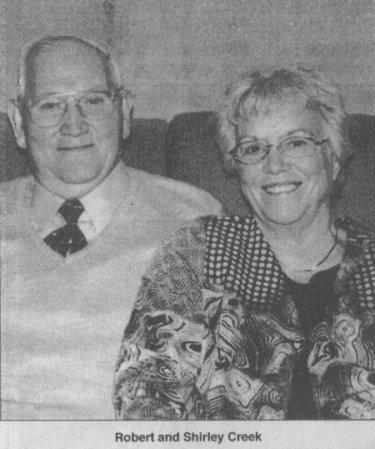