Mandley HOLLISTER, deceased. It is by written record that we perpetuate the lives and deeds of those who have passed from this earth, and as one who is worthy of all respect being paid to his memory, we record the sketch of Mr. HOLLISTER. He was a native of Ohio, born December 28, 1838, and was a son of Samuel C. and Chloe (DUTY) HOLLISTER. His father was born February 7, 1811, in Connecticut, and his mother was born in Ohio, March 30, 1814. His parents were zealous workers in the Christian Church, Mrs. HOLLISTER being a woman of excellent ability and prominent in public service.

When only seven years of age our subject was deprived of the care and protection of a mother. The first school he ever attended was taught by Presdient Garfield, and he received fair educational advantages for that day. His early life was spent in the usual manner of farmer lads, and he worked with his father on the farm and in the dairy until the breaking out of the late war. On the 21st of August, 1862, he enlisted in Company H, One Hundred and Forty-fifth Pennsylvania Infantry, and served until the close of the struggle. As at home, so on the battle-field, he was as gentle as a woman though as brave as a Spartan, and never shrank from any duty devolving upon him. At the first battle of Fredricksburg he received a gunshot wound in the back of the head, and for injuries sustained he was awarded a pension. At Richmond he was taken prisoner, but succeeded in being paroled within six days after his incarceration, and on the 31st of May, 1865, he received his discharge.

When peace was declared and he was mustered out of service, Mr. HOLLISTER returned to Pennsylvania, where he had made his home for some years previous, and on the 7th of May, 1867, was joined in wedlock with Rhoda J. BURWELL, who was born in Crawford County, Pa., May 19, 1840. Her father, Findley BURWELL, also a native of Crawford County, was born August 19, 1808, and her mother, whose maiden name was Sarah FONNER, was born in Hunterdon County, N. J., August 4, 1810, but her girlhood days were mostly spent in the Keystone State. Both are still living in Crawford County, and both are members of the Methodist Church. The father is a farmer by occupation. Of their family, which numbered three sons and three daughters, three are yet living. Benjamin, one of the number, died from a would received at the first battle of Fredricksburg.

Although Mr. HOLLISTER was not so long a resident of Jefferson County as many others, few of her citizens were more widely or favorably known. In November, 1867, accompanied by his bride of a few months, he emigrated Westward and made a settlement about six miles south of Fairfield, but afterward removed to a farm in Buchanan Township, near Beckwith, and later removed to section 29, where his family now lives, and where he lived until his death. He was a wide awake farmer and stock-raiser, enterprising and progressive, and was the introducer of the first imported Holstein cattle into Jefferson County. His pleasant home, with its entire surroundings, indicated the thrift and industry of the owner, and he was readily accorded a foremost place among the representative citizens of the community. In political sentiment he was a Republican, and served two terns as Township Trustee. He had no bad habits and was an inflexible opponent of the liquor traffic, whie both he and his wife were active members of the Christian Church. Open-hearted and generous, he gave with a free hand to all who needed his aid, and for the advancement of educational, social and moral interests. His death occurred on the 25th of September, 1889. While removing the props from a newly-made cave, it fell in, crushing him to death. He left his family well provided for with a good farm of two hundred and seven acres well stocked. Only one child was left to share with the mother her great loss -- Findley C., who was born May 15, 1869. A younger son, William R., born October 19, 1872, died August 22, 1878. 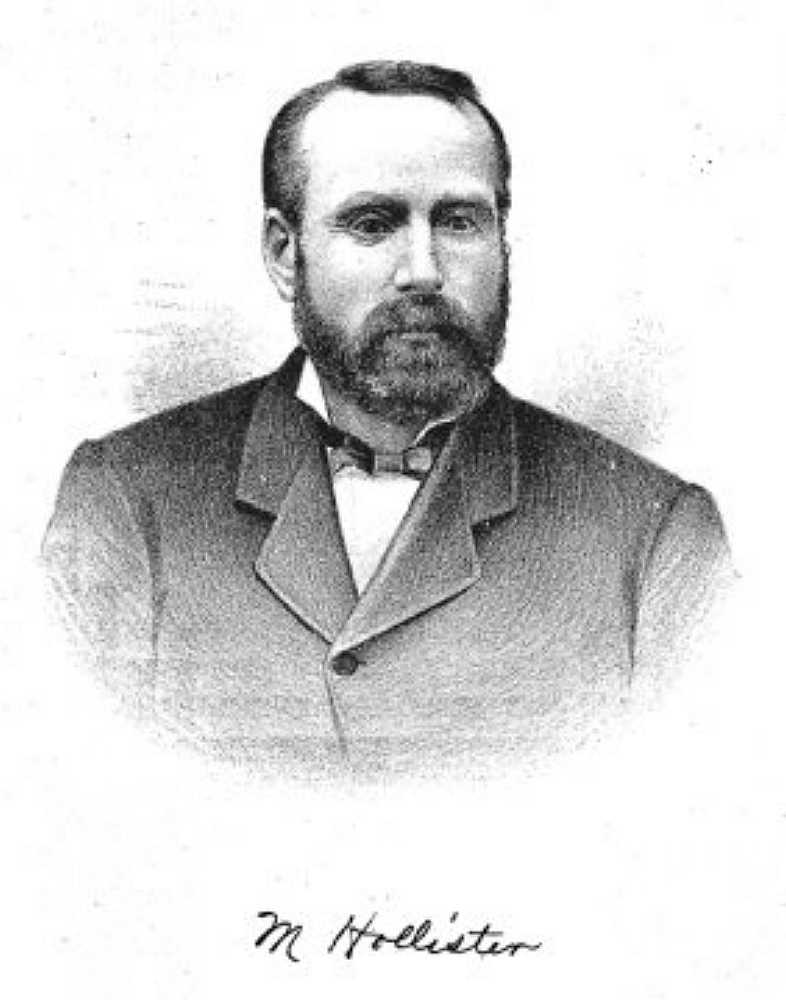