Larry was born to his parents Clark Cecil and Bernice Edna (Hall) Vaughan on September 4, 1951 at Allen Hospital in Waterloo, Iowa. He was a lifelong resident of Grundy Center and graduated from Grundy Center High School in the Class of 1969. He attended Ellsworth Community College and transferred to University of Northern Iowa and earned his Bachelors of Arts Degree in History. He was employed with Richelieu Foods Inc.

Larry was a 52 year member of the Grundy Center United Methodist Church and sang in the church choir for many years. Larry enjoyed singing and was a member of the Interfaith Men's Choir. He was an avid sports fan. He loved all sports especially baseball and the St. Louis Cardinals. Larry was a big supporter of Grundy Center Athletics and the UNI Panthers. 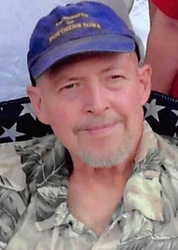