Delbert C. Kell, 81, of Conrad, IA passed away Saturday, March 14, 2015 at Oakview Nursing Home, in Conrad. Funeral services will be 10:30 a.m., Wednesday, March 18, 2015 at the Alice Church of God, in rural Conrad. Visitation will be 5:00 p.m. to 7:00 p.m., Tuesday, March 17, 2015, at the Conrad Chapel of the Anderson Funeral Homes, in Conrad. Interment will be at Alice cemetery. In lieu of flowers, a memorial has been established for the BCLUW Athletic Boosters Club. Arrangements have been entrusted to the Conrad Chapel of the Anderson Funeral Homes.

Delbert was born on December 1, 1933, in Marshalltown, IA, to David and Hazel (Klinefelter) Kell. Dell graduated from Grundy Center High School in 1952. After high school, he continued the family tradition of farming, later working for TSC as a store manager in Iowa and Wisconsin. He finished his working career with IDOT, retiring in 1998.

Sports was Dells first passion. During his years living in Iowa and Wisconsin, he officiated many high school and college athletic events. He was honored in 1992 by being inducted into the Iowa Athletic Coaches Association Basketball Officials Hall of Fame. He loved watching all sports, including the Green Bay Packers and Iowa State Cyclones, and in recent years, enjoyed following the BCLUW girls softball team. 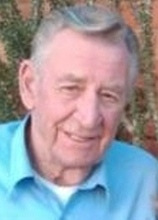