Jennifer Linn Getting, daughter of William and Linda McCoy Getting was born on April 17, 1969 in Waterloo, Iowa. She received her education in Grundy Center and graduated from Grundy Center High School in 1987. Jen graduated from nursing college and worked as a nurse for several years. On May 26, 2006 she married Randall Scott Dittmer in Grundy Center, Iowa. Jen liked to travel, enjoyed arts and crafts, sewing, and target shooting.

Survivors include her husband, Randy Dittmer of Ackley, Iowa; father, William D. Getting of Albion, Iowa; brothers, Gareck Donald Stocks Getting, Danny Getting, Bobby (Doreen) Getting; and several nieces, nephews, and grandchildren.

Jen was preceded in death by her mother, Linda J. Getting; and her grandparents. 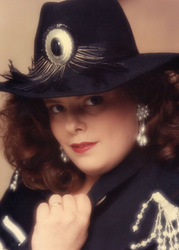