She was preceded in death by her maternal grandfather: Dale Dinnnes. 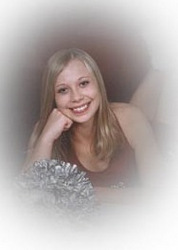