Robert Lee Koch, 68, of Reinbeck, Iowa, died Friday, November 16, 2012, at Covenant Medical Center in Waterloo, Iowa, while under the care of Cedar Valley Hospice. Memorial Services will be held at 10:30 A.M. Tuesday, November 20, 2012, at French Hand Funeral Home, Reinbeck, Iowa.. Burial will follow at Reinbeck Cemetery. Visitation will be Monday, November 19, 2012, from 5:00 P.M. to 7:00 P.M at French Hand Funeral Home. Memorials may be directed to the family.

Robert lee Koch was born on January 31, 1944 in Aplington, Iowa, the son of William and Margaret (Sweet) Koch. Bob grew up in Grundy County and graduated from Grundy Center High School with the class of 1962. He continued his education by attending Ellsworth Community College for two years and then Mankato State College receiving his BA in Business Administration and Economics. Robert served his country in the U.S. Army stationed in Korea obtaining the rank of 2nd Lieutenant. After his discharge he worked in sales for a number of years with the BEAMS Company selling professional sound equipment. Before retiring in 2010 Bob was a coast to coast truck driver. He married Tami Hanlon on March 21, 1976 and they later divorced.

Bob was an avid hunter, fisherman and old car lover. His pastime was spent in cooking, listening to Nascar and trips to casinos. Bob was willing to help anyone and enjoyed visiting with people. He loved spending time with his family.

Bob is survived by his daughter, Krissi (Peter) Kacmarynski of Lakeville, MN; his mother Margaret Koch of Reinbeck; his sister Shirley Dufel of Hudson and many nieces and nephews.

He was preceded in death by his father, his brother Leon and brother-in-law Robert Dufel. 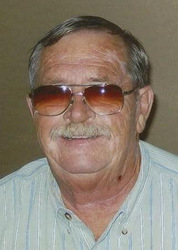