Lois Mae was born on November 23, 1925 in Grundy County, the daughter of Albert and Henrietta (Abels) Franken. She attended school and graduated from Grundy Center High School in 1943. She then attended State Teachers College and received her teaching degree. She was united in marriage to Virgil Smit in 1944. They later divorced. On January 25, 1975 she was united in married to Melvin "Pat" Saylor in Grundy center, IA. Lois taught school for 43 years and was a substitute teacher for many years after her retirement. Lois was one of the first Golden Apple Award winners. Lois and Pat were caretakers of Grundy Center city parks for many years. She was an active member of the Bethany Presbyterian Church in Grundy Center, she was a past member of First Presbyterian Church in Grundy Center where she taught Sunday school, Bible school and was a Catechism teacher. Lois played a major role in raising her eight children. Lois was active in the Grundy County Relay for Life, the Grundy Center Education Association, Grundy County Delta Kappa Gamma and Friends of The Library. She enjoyed reading, gardening, crossword puzzles, taking daily walks and water aerobics. Lois's true joy came from spending time with her family especially at family gatherings.

She was preceded in death by her parents; her husband Melvin, her sister Helen Heerts and son-in-law Fouad Gabriel. 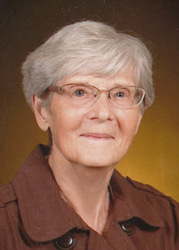