Karen was born August 4, 1945 in Waterloo, the daughter of Milton "Mike" Klein and Viola "Vi" (Griesbaum) Klein. She attended Columbus High school in Waterloo. She moved to Grundy Center where she established the Country Drive-in Restaurant which she owned for 25 years. She then opened the Corner Consignment Shop which was in business for ten years, also working as a cook during this time for Johnny Rays Restaurant in Grundy Center. She retired in 2012. She was an avid sports fan and loved to attend Grundy Center High School events.

She was preceded in death by her parents, Mike and Vi Klein; brother James Klein and sister Shirley (Klein) Soltis. 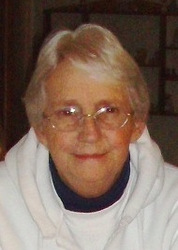