Dorothy Jane Reynolds, 94, of Grundy Center, passed away July 25, 2014, at Grundy County Medical Center. A visitation will be held on Monday, July 28, 2014 at Engelkes-Abels Funeral Home in Grundy Center, from 4-7 pm, followed by the Eastern Star Service. Funeral services will be held on Tuesday, July 29, 2014 at 10:30 am at First Presbyterian Church, 801 8th St, Grundy Center, with Reverend Mike Campbell officiating. Memorial contributions may be directed to Cedar Valley Hospice, in celebration of Dorothy.

Dorothy was born January 6, 1920, to H. K. and Isabel (Ward-Marshall) Wilson. She graduated from Grundy Center High School, and went on to earn her degree in education at Iowa State Teachers College. Dorothy was a lifelong educator, having taught in Minnesota, Wyoming, and Iowa. Dorothy taught both English and music, but music was her passion. On June 16, 1946, Dorothy married Arnold Reynolds in Rochester, Minnesota. To this union six children were born.

Dorothy's passion for educating was shown in her desire to teach all six children to play the piano. She also influenced her grandchildren and great-grandchildren, observing some of the same talents she possessed in art and music. She was active in their desire to develop those gifts right up until the time of her death. Dorothy was also an avid reader, and enjoyed almost all types of music. 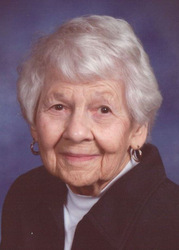