Phyllis Josephine Jansen, 90, of Grundy Center, went to be with the Lord on Friday, November 30, 2012 at the Grundy Care Center in Grundy Center while under the Cedar Valley Hospice of natural causes. A funeral service will be held on Monday, December 3rd, 1:30 P.M. at the Colfax Center Presbyterian Church in rural Holland. Visitation will be held one hour prior to services at the church. Burial will follow funeral services at the church cemetery. Memorials may be made to Colfax Center Presbyterian Church or Cedar Valley Hospice in Phyllis's name.

Phyllis was born the daughter of Albert and Susie (Andreessen) Tjepkes on October 17, 1922, in Holland, Iowa where she received her education.

On November 21, 1961, Phyllis was united in marriage with Siebo Jansen in Grundy Center.

Phyllis worked for 31 years for Grundy Center Community Schools in the cafeteria and as a custodian. Phyllis was a lifetime member of Colfax Center Church in Holland. Phyllis enjoyed gardening and baking and spending time with family and friends, especially the young children.

She was preceded in death by her husband; parents; a brother, Arnold; nephew, Austin Tjepkes and niece Whitney Tjepkes. 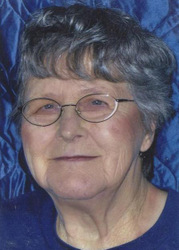