Marvin Sternhagen, 62, of Holland, passed away on Tuesday, May 11, 2010 at Covenant Medical Center in Waterloo. A Mass of Christian Burial will be held on Saturday, May 15th at 10:30 am at St. Gabriel Catholic Church in Reinbeck with Father Dennis Quint officiating. Interment will follow mass at Sacred Heart Cemetery in Grundy Center. Visitation will be held on Friday, May 14th from 5 to 7 pm with a 5 pm vigil service at Engelkes-Abels Funeral Home in Grundy Center. Memorials may be directed to the family.

Marvin was born on December 6, 1947 in Peosta, Iowa to Merlin and Marian (Hillebrand) Sternhagen. He was the oldest of 13 children. Growing up, Marvin attended school in Earlville. After the 8th grade, the family moved to Edgewood, Iowa. In 1968, the family moved to Holland. Marvin was drafted into the U.S. Army in 1969 and completed basic training in Fort Bragg, North Carolina. He was later stationed in Vietnam where he served his country with the 2nd Battalion 1st Air Calvary. In 1970, he was honorably discharged from the Army, leaving as an S5 and was awarded the Bronze Star. When Marvin returned home from Vietnam, he drove a mail truck for several years and later began work as a carpenter, working for Story Construction up until 2009. Marvin was presently enrolled in the Transportation Technical Center in Fort Dodge, working toward becoming a truck driver.

He enjoyed hunting, fishing, carpentry and was a NASCAR fan. Although Marvin never married, he was especially fond of his nieces and nephews, never having children of his own. 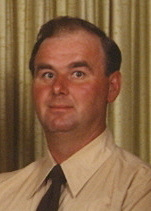