Gary was born on June 26, 1950 in Eldora, the son of William A. Art & Avis (Sisson) Steinfeldt. A lifelong resident of Eldora, Gary attended the Eldora school system and was very involved in wrestling and football in high school, graduating in 1968. Gary met Nancy Sparenborg and the two were married on August 24, 1976 at the United Methodist Church in Grundy Center. The couple later welcomed a son, Steven. Gary worked as a mill foreman for Northrup King Seed Corn in Eldora for 25 years, until 1993, when the company downsized. He then began working at Lennox as a fork life driver up until just recently. He enjoyed his 2 dogs, reading, Nas-Car, movies and television and he especially loved to spend time with his granddaughter Brooklyn.

Gary is preceded in death by his father Art. 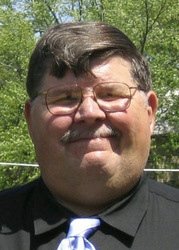