He entered the Army on Jan 6, 1944, and served during World War II as an Airplane Armored Gunner. He was honorably discharged on October 25, 1945.

Willard and Doris lived at Clear Lake, IA., later they made their home in Holland, IA. Willard was employed by Iowa Corn by Products in Holland for 25 years and retired in June of 1985. During retirement he worked for the Grundy County Landfill for 5 years.

Willard enjoyed his horses. He always planted a large vegetable & flower garden to share with family and friends. He loved spending time with his family, grandchildren and neighbors.

He was a member of the American Legion Post No. 034, past member of the V.F. W. Was on Holland City Council for 16 years; and on Grundy County Landfill Board for 15 years. 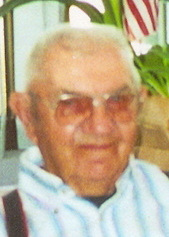