Angeline was born September 2, 1918, in Parkersburg, Iowa, the daughter of Henry and Grace (Mulder) Kuiper. She attended rural Butler County country school. Before her marriage, Angeline worked as a housemaid in Butler County, Iowa. She also had served as the church pianist at Bethel Reformed Church in Allison, Iowa. On May 12, 1942, Angeline was united in marriage to Jacob Harm Aalfs at Bethel Reformed Church. Angeline was a hard worker, caring for many people, including her parents and Jake's parents. While her husband Jake was in World War II, Angeline worked again as a housemaid in the Wellsburg area. After their marriage, they moved to a farm in rural Wellsburg. Angeline enjoyed cleaning, cooking meals, baking and sewing. She enjoyed making many blankets and pillowcases as gifts for her family. Their house was always welcome to everyone. She loved raising chickens and helping her husband on the farm with many chores. She was also an avid reader and she loved her church. Angeline was a member of First Christian Reformed Church. Angeline also enjoyed playing card games with neighbors, friends and grandchildren. While she was a member of Second Christian Reformed Church in Wellsburg, she had been an active member of the Helping Hands Society, the Queen Esther Circle, and had also taught Sunday school. Angeline and Jake retired and moved off of farm to Wellsburg in 1981. In January, 2001, they made their home at Friendship Manor. On June 17, 2003, Angeline's husband Jake died, and she continued to make Wellsburg her home.

She was preceded in death by her parents; her husband Jake in 2003; two sons John Aalfs in 1991 and Joey Aalfs in 1973; two brothers Albert Kuiper and Henry Kuiper; and one sister-in-law Florence Kuiper. 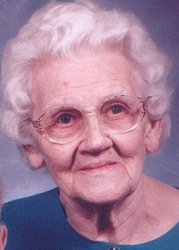