Pamela Sue Luiken, 59, of Eldora, passed away Saturday, January 10, 2009 under the care of Hospice at Covenant Medical Center in Waterloo, Iowa.

Pam was born in Hampton, Iowa to Delbert and Bonnie Blom on November 15, 1949. She graduated from Grundy Center High School in 1968. Pam was united in marriage to Larry Luiken at the Little Brown Church in Nashua, Iowa in 1988 and was employed at the Iowa State Training School in Eldora as Food Service Director.

Pam enjoyed family and friends, bowling and doing puzzles of any kind. She was definitely a people person who never knew a stranger.

Pam is survived by her husband Larry Luiken of Eldora, parents Delbert Blom and Bonnie Card both of Grundy Center, Iowa, children Chad Babinat of Reinbeck and a daughter Kristin Kudelka and friend Rod of Marshalltown, 4 grandchildren and a step-son Scott Luiken of Emmetsburg, Iowa.

She was preceded in death by her sister Cheryl Berger. 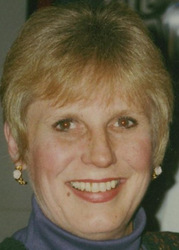