Charles was born December 12, 1924, in rural Tama County, the son of Jerry and Helen (Kalinay) Rohach. Charles was raised on the farm and received his education at Tama County country schools near his home. He entered the Navy in July of 1944 and served his country during World War II and returned home June of 1946. He farmed with his father after his discharge.

On February 14, 1949, Charles was united in marriage to Lavina Volkens at St. Mary's Catholic Church in Marshalltown, Iowa. They made the Reinbeck area their home their entire married life. He farmed all his life on till he retired. Chuck was an avid sports person of nearly every sport. He was member of Oak Leaf County Club for many years. Charles also bowled for many years in Traer and was the 1969 American Legion State Bowling Champion. And not to be forgotten were the Iowa Hawkeyes and his grandchildren's sporting events. Charles was a self taught musician and played the concertina in The Iowa Polka Club for many years. He played with a musical group that entertained at nursing homes and parades in this area. After his retirement they spent winters in Arizona, where they would take part in Polka Club events at different parks. He was lifetime member of the American Legion Post #242 of Reinbeck.

He was preceded in death by his parents; sisters, Albie Elias, Rozelle Wrede; brothers, Lawrence and Wesley Rohach. 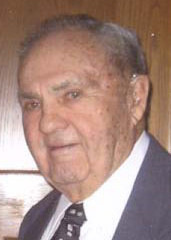