Roger was born February 5, 1942 in Grundy Center the son of Meinhardt and Bertha (Chew) Frieling. He grew up in Reinbeck, Iowa and graduated from Reinbeck High School. He was a plumber for many years the last 23 years with Russ Foth Plumbing and Heating in Cedar Falls, Iowa. He was a member of the Elks Club in Waterloo. Roger loved to fish and watch fishing programs on TV. Most recently he liked to watch "Dancing with Stars" when he was relaxing. In Roger's spare time he loved to bake breads and cookies especially sugar cookies. He liked to grow a garden and then can the vegetables from it. Roger also loved to spend time with his family and friends.

He was preceded in death by his parents, son; Jimmy, brother-in-law Peter Canakes. 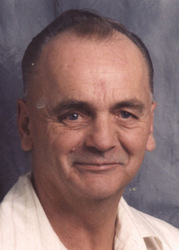