Mary J. Burdick, 65, of Reinbeck, Iowa, died Sunday January 6, 2008, at the Grundy County Memorial Hospital in Grundy Center, while under the care of Cedar Valley Hospice. Funeral services will be 10:30 A.M., Thursday, January 10, 2008, at the United Methodist Church in Reinbeck, Iowa, with Pastor Terry Plocher officiating. Burial will follow at the Reinbeck Cemetery in Reinbeck. Visitation will be Wednesday, January 9, 2008, from 1:00 P.M. to 8:00 P.M., with the family present to greet friends from 5:00 P.M. to 8:00 P.M., at French Hand Funeral Home in Reinbeck. Memorials may be directed to Cedar Valley Hospice-Grundy Center site.

Mary was born October 12, 1942, in Marshalltown, Iowa, the daughter of Albert Rudolph and Jenny T. (Temple) Klar. She was raised in the Grundy Center area and lived in Grundy County her entire life. On March 9, 1958, Mary was united in marriage to Kenneth R. Burdick at the United Methodist Church in Reinbeck. After their marriage they made Reinbeck their home. Mary had worked for the Martin Brothers Company in Waterloo, Kelly's Hardware and Furniture Store in Reinbeck. Mary also did clerical work at the Myers-Cox Company in Waterloo, retiring from there on April 30, 1993.

Mary was a member of the United Methodist Church in Reinbeck where she had been active in their weekly church workshop group. She played the drums in the band-The Versatiles. Mary enjoyed camping, riding dirt bikes, knitting, crocheting, cross-stitching, and doing ceramics and macramé. She had also been active in the Grundy County Christian Women's Club.

She was preceded in death by her father and one sister-Kay Lamphier. 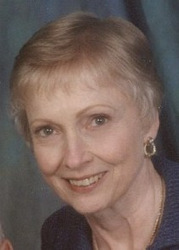