She was born Jan. 16, 1939, in Marshalltown, daughter of Wade and Mary Yungwirth Rash. She married Larry Hatton on July 20, 1957, in Marshalltown. He preceded her in death.

Preceded in death by: a daughter, Gina; and a sister-in-law, Marlene Vincent.

Memorial fund: has been established.

Lee Ann was born January 16, 1939, in Marshalltown, the daughter of Wade and Mary (Yungwirth) Rash. Lee Ann attended Marshalltown Schools. She was united in marriage to Larry Hatton on July 20, 1957 in Marshalltown. Iowa. Lee Ann was a member of the First Presbyterian Church in Reinbeck, Iowa. Her hobbies included painting, drawing, reading, knitting, quilting, and crocheting. Lee Ann enjoyed spending time with her family and friends, especially her grandchildren.

She was preceded in death by her parents; husband, Larry; one daughter- Gina Hatton; mother-in-law, Hazel Nicholl and sister-in-law Marlene Vincent. 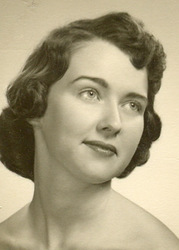