Doris A. Kneisel, 89, of Charles City, died Wednesday, May 9, 2007, at the 9th Street Chautauqua Guest Home in Charles City.

Doris Arlene (Jacobson) Kneisel, was born July 17, 1917, at Calmar, the daughter of Leonard and Frances (Reisner) Jacobson. She graduated from the Charles City High School in 1935.

On April 25, 1945, she was united in marriage to Marlin Kneisel, at Branson, Mo. Doris was employed as a waitress, at Club 218, Trowbridge, a cashier, at Guthart Brothers Grocery, and sold antiques out of her home for many years. She was a member of Saint John Evangelical Lutheran Church and the V.F.W. WomenÂs Auxiliary. Her interests included rummage sales, flea markets, playing cards, watching TV, traveling, and spending time with her family.

She was preceded in death by her parents; two husbands; two sisters, Vida Mincks, and Elaine Hollar; and one brother, Edward Jacobson. 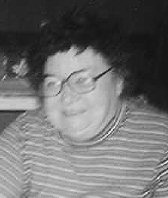